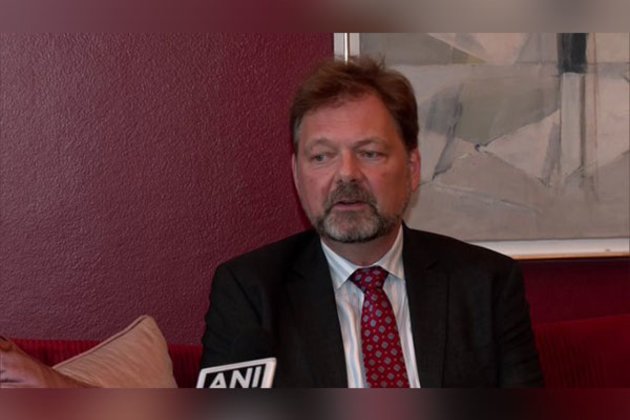 German envoy to India, Philipp Ackermann said PM Modi's remark about "this not being the era of war" to Putin was very well put.

"With mobilization and threat of nucelar weapons, situation has changed. We are seeing a land grab of the crudest nature and now a sham referendum. Russia has not achieved what it wanted," Ackermann tweeted while severely criticising Russia.

Citing the impact of the Ukraine conflict on Russia-Germany trade, Ackermann said his country has strong business ties with China but it's not good to be dependent on any country.

"We have strong business ties with China but like we have seen with Russia, it's not good to be dependent on any country. Diversification is important," he said.

Prime Minister Modi was hailed last week at the United Nations General Assembly (UNGA) for his message to Russian President Putin on the Ukraine conflict, by the US and France at the UNGA.

On the sidelines of the SCO summit in Samarkand on September 16, PM Modi had said "today's era isn't of war" while emphasising the need to find ways to address the problems of food, fuel security and fertilizers.

"Narendra Modi, the Prime Minister of India was right when he said the time is not for war. It is not for revenge against the West, or for opposing the West against the east. It is the time for a collective time for our sovereign equal states. To cope together with challenges we face," Macron had said.

US National Security Adviser Jake Sullivan stated what PM Modi said was a statement of principle on behalf of what he believes is right and just. He said these remarks were very much welcomed by the United States.

Apart from the UNGA, PM Modi's statement became popular and was praised by international media.

American network CNN praised PM Modi's hold on world politics and reported, "Indian leader Narendra Modi tells Putin: Now is not the time for war."While another US publication The Washington Post's headline was "Modi rebukes Putin over the war in Ukraine". "India's Leader Tells Putin That Now Is Not an Era for War," The New York Times said in its headline. (ANI)