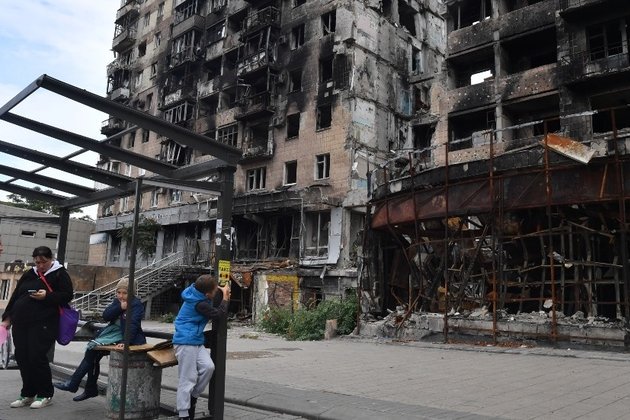 Moscow warns US against using Zelensky regime as mercenary

Russia will act to defend all of its territory and people, as well as residents of regions in eastern Ukraine that voted to join the Russian Federation this week, Moscow's ambassador to the United States has said, accusing both Washington and NATO of stoking further violence with military aid to Kiev.

Asked about recent comments from US Secretary of State Antony Blinken - who said the White House has no problem with Kiev using Western arms to attack territories that voted to join Russia - Ambassador Anatoly Antonov warned that the weapons shipments only risk "further escalation of the conflict."

"In instigating Kiev to continue using the military equipment received from the West, Washington does not realize the riskiness of its actions," the envoy said on Tuesday, adding that the Joe Biden administration is "approaching the dangerous line that Russia has repeatedly and clearly warned about: the United States becoming a party to the Ukrainian conflict."

Earlier in the day, Blinken insisted the US "will never recognize the annexation of Ukrainian territory by Russia," referring to votes in the two Donbass republics already recognized by Moscow - Donetsk and Lugansk - as well as the Ukrainian regions of Zaporozhye and Kherson, which are largely under the control of the Russian military. All four regions voted overwhelmingly to join Russia, according to local referendum observers.

"Ukraine has the absolute right to defend itself throughout its territory, including to take back the territory that has been illegally seized, one way or another, by Russia. And the equipment, the weapons that we and many other countries are providing, have been used very effectively to do just that," Blinken said.

In response, Antonov said Russia would take "firm and decisive" steps to "defend the Fatherland," going on to argue that "diplomatic efforts to find a peaceful resolution to the crisis cannot be effective as long as the collective West uses the Zelensky regime as a military mercenary against Russia."

"Civilians and children are being killed. Residential areas, schools and hospitals are being irreparably damaged," the ambassador continued, accusing both the US and its allies in the NATO alliance of "sowing death and destruction."

The Biden administration previously said it received "assurances" from the Ukrainian government that US-made long-range rocket artillery systems would not be used for attacks on Russian soil. However, at the time it was not clear whether those guarantees applied to Crimea, which voted to reunite with Russia in a 2014 referendum similar to those that took place this week, and Kiev has since launched strikes on the peninsula.