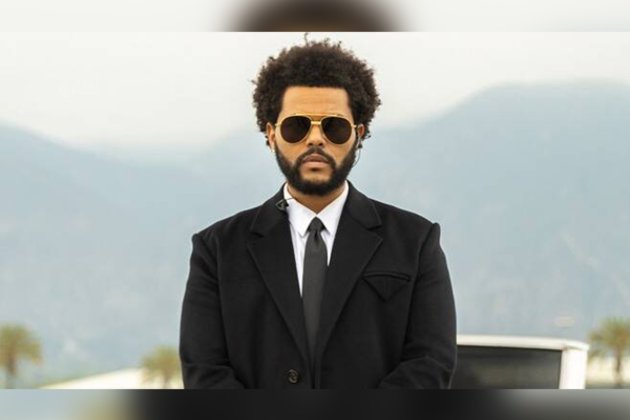 Washington [US], September 29 (ANI): The Weeknd announced a new date for his concert at SoFi Stadium in Inglewood, California, keeping good on a promise to visit Los Angeles after being forced to postpone a performance earlier this month.

According to Variety, the concert, which was unexpectedly cancelled on Sept. 3 in Los Angeles, has been rescheduled for Nov. 26, the Saturday following Thanksgiving. The newly added performance is scheduled for the evening of Sunday, Nov. 27.

This coming Monday at 10 a.m. PT, tickets for the Nov. 27 performance go on sale here.

No new tickets are being offered for that performance, at least not yet, as the concert on November 26 will replace the postponed appearance in September. The event on September 3 is no longer scheduled, thus tickets for that performance will automatically be changed to the new date. Given how many people travel to visit family around Thanksgiving weekend, a significant portion of those who held onto their tickets but couldn't attend may be eligible for a refund up until October 27.

According to Variety, with the most recent addition, the Weeknd will have performed at SoFi Stadium three times in total. On September 2, he executed the first of his two scheduled L.A. performances flawlessly. Only four songs into what is typically a 29-song set on the second night, Sept. 3, did he bring the show to an end, about 24 minutes into the performance."I don't know what just happened... but I just lost my voice," he told the crowd before exiting. "This is killing me, I don't want to stop the show but I can't give you the concert I want to give you right now. I'm gonna make sure everybody's good -- you'll get your money back -- I'll do a show real soon for you guys. But I wanted to come out and personally apologize."The Weeknd's 'After Hours Til Dawn' tour will come to a close with these two shows, which will both open with Kaytranada and Mike Dean. His local opening earlier in the summer had to be postponed due to widespread technical difficulties, thus the final dates on the tour before this announcement were September 22 to 23 in Toronto.

The Weeknd's stadium tour has generated $125 million in revenue across 20 sold-out dates. (ANI)