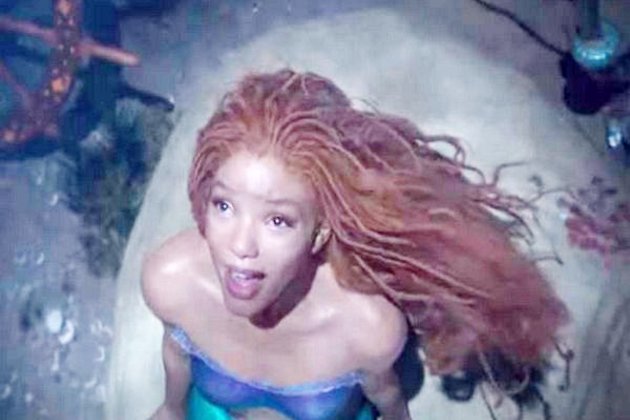 Washington [US], September 29 (ANI): Looks like the unfavourable response to the new 'Little Mermaid' trailer featuring the black actress Halle Bailey did not surprise Tituss Burgess.

Page Six reports that Tituss Burgess spoke to them at the 'Hocus Pocus 2' premiere and said, "You know what? I'm not surprised by anything. We live in America!"Burgess added, "It's a very racist country, it's a very narrow-minded country, full of mental illness and people who cannot see the forest from the trees."Burgess concluded by saying, "The movie is not made for them; it's made for people with open minds."According to Page Six, the live-action adaptation of the beloved Disney cartoon's trailer received roughly 14 million views and more than six-million hits on the 'like' button in the days following its release earlier this month, but YouTube apparently had to disable 'dislike button' after receiving 1.5 million thumbs-downs.

However, the upcoming movie also earned a lot of love, as a lot of young girls took over social media to show their appreciation as they discovered that Ariel "just looked like" them.

Earlier this month, the first look of the live-action adaptation of 'The Little Mermaid', starring Halle Bailey was unveiled by Disney at the D23 Expo.

Soon, Halle shared the reactions of people after the teaser release.

The movie is based on Disney's 1989 animated classic, which was itself based on a fairy tale by Hans Christian Andersen. The story centres on the mermaid princess Ariel, who makes a Faustian bargain with the sea witch Ursala in an attempt to become human and win the love of a prince.

Clements and John Musker wrote and directed the original film, which became an instant classic upon its release, grossing over USD 211M worldwide and winning Academy Awards for Best Music, Original Score and Best Music, Original Song, along with two Golden Globes, a Grammy and other accolades, reported Deadline.

David Magee and Jane Goldman scripted the new take, in which Halle Bailey will star as Ariel, with Melissa McCarthy as Ursula, Jonah Hauer-King as Prince Eric and Javier Bardem as King Triton.

As per Deadline, the development of the live-action 'Little Mermaid' began in 2016. The upcoming musical fantasy pic will feature songs created for the original film, as well as new ones penned by original composer Alan Menken, with lyrics by Lin-Manuel Miranda. The movie is slated to hit theatres on May 26. (ANI)